There is a new PHP library called BotMan that makes it super easy to setup a Facebook Messenger chatbot in Laravel. Let's do this.

Note: I wrote a new article about building a Facebook Messenger chatbot with Laravel and BotMan Studio 2.0.

BotMan is framework agnostic PHP library for creating chatbots. It supports multiple messenger platforms like Telegram, Slack, Microsoft, Facebook and more. It is built by Marcel Pociot and it makes developing chatbots super easy. We are going to use it in Laravel to setup a Facebook Messenger chatbot.

BotMan works perfectly together with Laravel. Marcel has provided a BotMan Laravel Starter which we are going to use here.

First we need to clone the repository and install the dependencies.

And of course, like with every Laravel project, we create our environment config file and generate an application key.

Also make sure you have these Facebook settings inside you config/services.php:

Your application needs to be available for the Facebook webhook. I am using Laravel valet to generate a public HTTPS URL.

Note: If you want to see how to setup a Facebook Messenger application, the webhook and where to find the tokens, you can look it up here

Now type test in your Messenger chat of the used page and you should get back "hello!". Also try out Start conversation and see an example of a BotMan conversation. This should look like this: 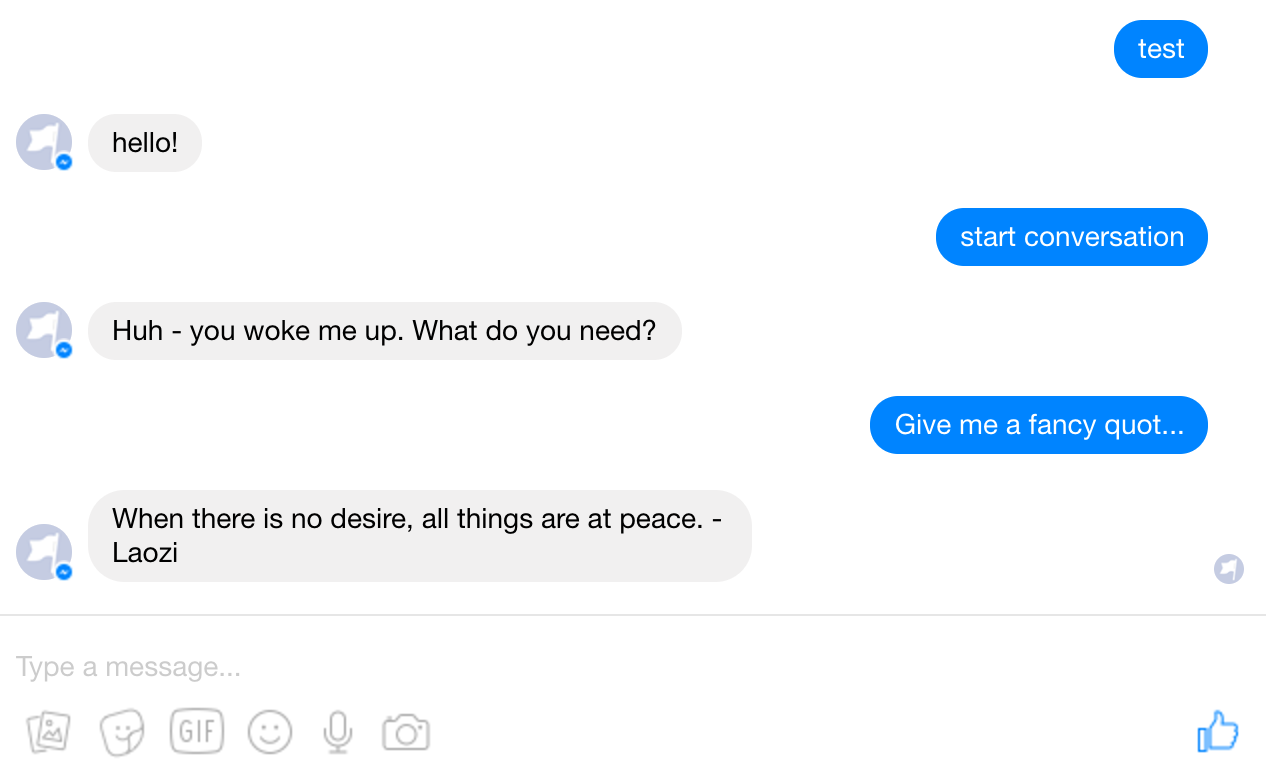 Awesome right? When you take a look at the botman.php file in the routes directory you will see why the two messages already worked out of the box.

Checkout the BotMan documentation to learn more about the features.

Wasn't that easy? Now you got a chatbot running, try to create conversations yourself. This year will be full of chatbots and it is great to see more and more great tools like BotMan out there to help use building them.