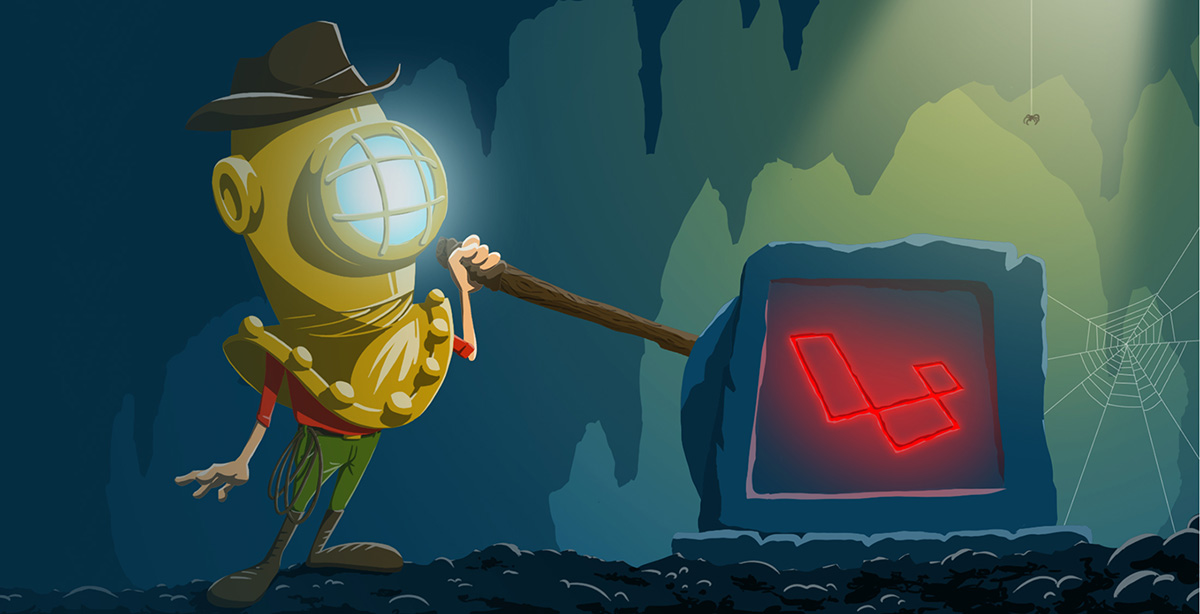 At the beginning of 2019, I released Laravel Core Adventures as a free video course on how Laravel works under the hood. It started with a few videos on Laravel's request life-cycle and facades. People seemed to love the content, so I decided to put much more work in and provide a paid PRO plan with more content.

On July 25th, 2019, I published the paid PRO plan for Laravel Core Adventures live on stage at Laracon US in New York. 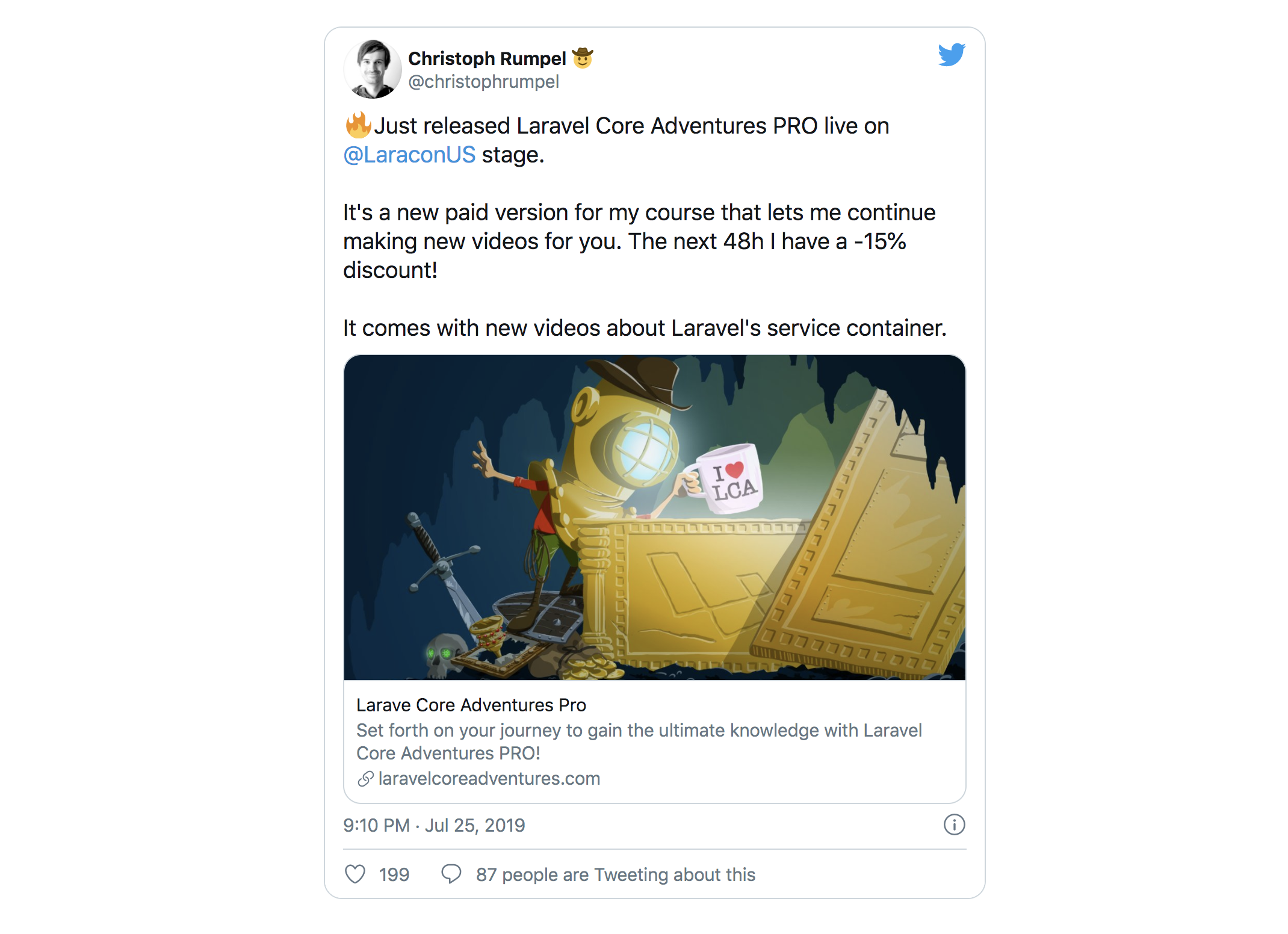 Note: I also wrote a recap of my first product, which was an ebook about chatbots, including all the numbers and insights.

I was thrilled with the release, and the 71 sold copies in the first three days, especially when you compare it to the launch of my first book. Because of the book, I also set my expectations quite low. It helped this time that the launch was after my talk at the Laracon US conference in front of 900 developers live on stage. That gave the sales an extra boost for sure.

The content of this course will be relevant for quite some time. This is why I thought this course could bring in some good cash for the next years. The numbers also look good when checking the first year. Two hundred forty sold copies mean I sold 20 every month, which I find pretty amazing! If it were possible to keep that for the next years, I would be able to pay my mortgage rate every month from this money. Expectations were pretty high after the launch!

Where The Numbers Lie 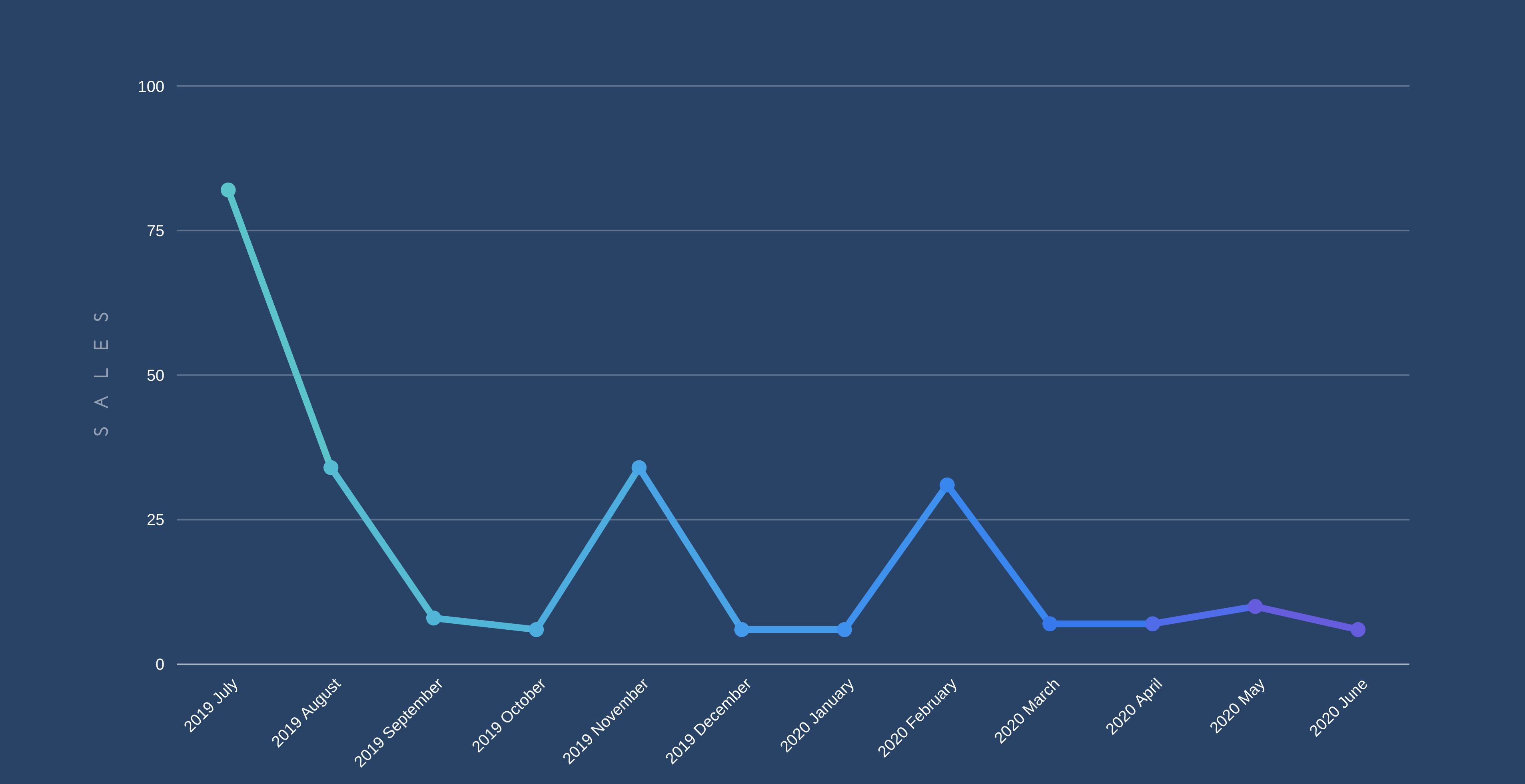 In the last three months, I only sold 18 times the PRO plan. It looks like I won't be able to sell much more for the rest of the year. In November and February, the spikes connect to conferences where I gave a talk and where I provided a discount. It is pretty obvious how my sales directly reflect those events.

Overall, sales are pretty low after the first two months. There are a few possible reasons that I want to talk about.

Developers Who Want It, Already Have It

With a product, there is always a point where you sold to everyone who was interested from the beginning. Maybe this target group for my course was 250 people. After this point, it becomes much harder to sell because you need to convince users who think they might not need it.

Besides, from the feedback I got, I know that quite a few buyers bought the course to support my open source work. So they weren't necessarily interested in the content. This also means those people don't watch the videos and therefore don't talk about the course.

I Don't Do Enough Marketing

I did most of the marketing in the first few months. In this period, I was able to speak in London, New York, and Mumbai about the core of Laravel, which is always good marketing for my course. I also added a few more videos since the release, which resulted in some buzz as well.

This means I didn't do any specific marketing for the course since January 2020. On the one side, I wasn't able to go to conferences anymore because of the current pandemic. On the other hand, I also thought people already know about it, and buyers will spread the word. This, for sure, happened, since I still have sales but not as much as expected. Maybe I have reached the end of my network, and I need to work on extending it.

It Is Too Expensive

In Europe and America, the PRO plan for Laravel Core Adventures costs $55 without taxes. Regularly, developers contact me and ask for a discount on my course. Mostly those people are from countries where they earn much less than we do in the western world. I tried to adapt the price for those countries as pleasant as possible.

Here is a little comparison of well-known video courses from the Laravel community:

Looking at this list, it is clear that I'm more at the end of it regarding the course price. When you then also take into account that e.g., the Eloquent Performance Patterns course, which costs more than double of what I charge, was sold over 1200 times, it is easy to say that price is only one side of the medal.

So the real question here is: Is the price worth the value that you will gain when watching the course. And it seems a lot of developers don't think it is worth it.

What I Still Don't Get

Still, especially when working with a framework like Laravel, it is crucial to understand how it works. Laravel provides a lot of "magic" features, which can lead to issues when you don't know how they work. And this is what I struggle the most with. I know every Laravel developer will benefit from my course. It will help you so much while developing and debugging your future applications.

So, in my opinion, I have an inexpensive course that teaches something every developer needs, and that knowledge can be used for quite some time since the core of Laravel won't change too much soon. It sounds like the perfect course to help many people and to make good money. I struggle a lot with this situation because it seems I might be wrong with my opinion.

What I Learned On The Way

It Is Always About the User

It doesn't matter what I think my course is worth or how much time I put in for research or recording. It is always about the value that I can provide through my product to the user and if a product will help users overcome any current hurdles.

Let Someone Else Take Care of Collecting Taxes

When you sell digital products like an ebook or course to individuals, you have to collect taxes based on their location. There are strict rules for selling to people in the EU, but this is also true for a bunch of other countries in the world.

After collecting those taxes, which are different for every country, you also have to make sure those countries get this money back. This is a complicated process that takes a lot of your time. I have dealt with this taxes-hell while selling my ebook and at the beginning of selling my video course.

But soon after the release, I switched to the "Marchant Of Record" service Paddle. Officially, it sells my product to a user, and it, therefore, has to take care of taxes. This way, I get only one invoice every month with the money I made through my course. You only have to pay a small fee for this service, which is totally worth it because you save so much time.

What I Would Do Differently

Make The Course Free or Paid But Not Both

The switch from the free course (which was the original plan) to the paid course was problematic. Since there were too many free videos, I needed to put some of them to the paid plan.

Most people understood the decision and were happy that I had more time to create new videos. This wouldn't have been possible with the free course. Still, I think it should be clear to everyone what you do and decide at the beginning if you make a free or paid course.

Note: Actually, a few well known people from the Laravel community suggested that I should keep the course free. It would help me to get my name and reputation out and I would benefit from that more in the long run with next products. I sometimes wonder if they were right.

For this course, I worked with one of my best friends and groomsman Markus, und his design buddy Martin. They own a little company called Complemind. They produced these excellent illustrations for the course and helped to bring the whole adventure theme alive. 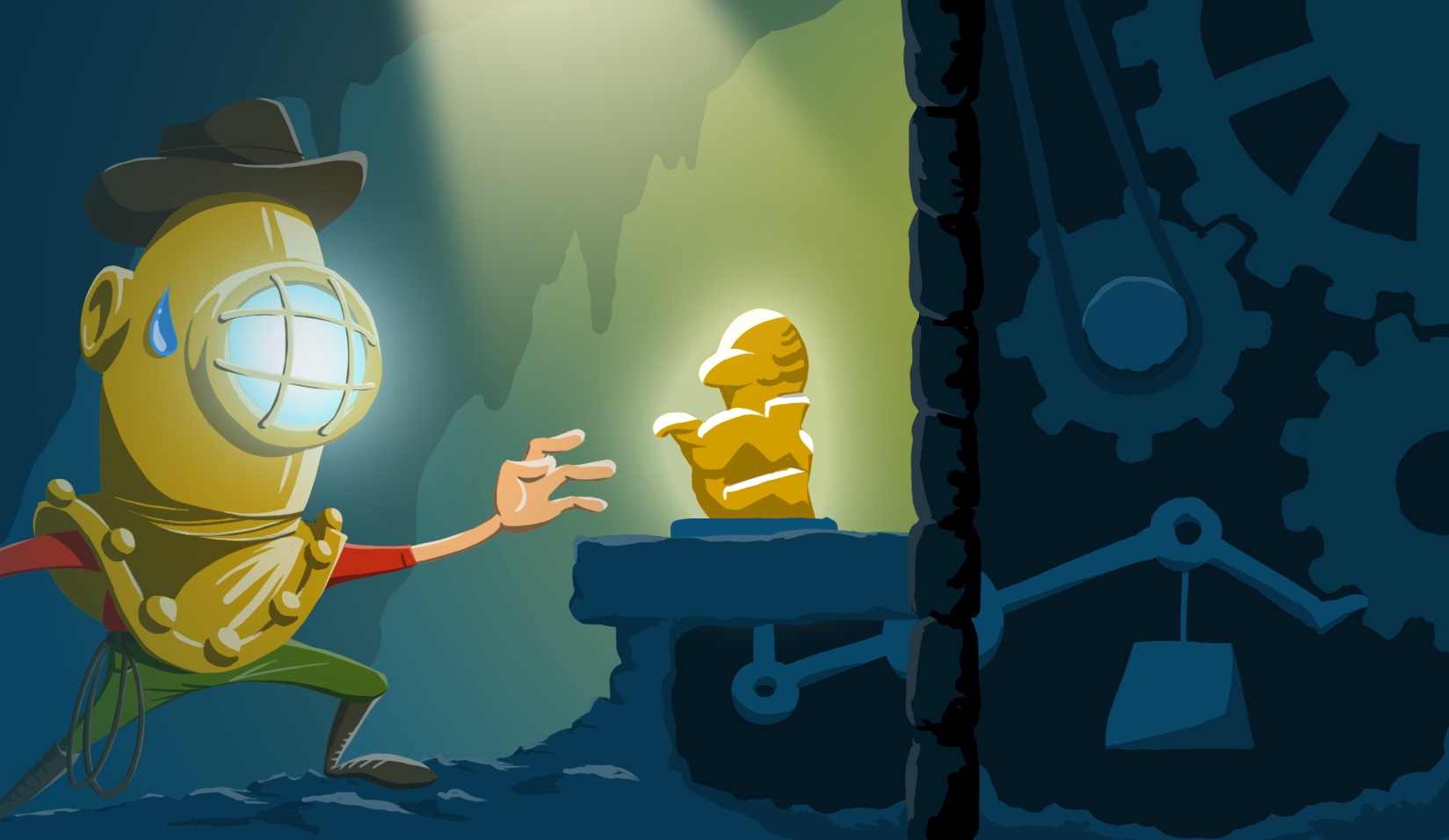 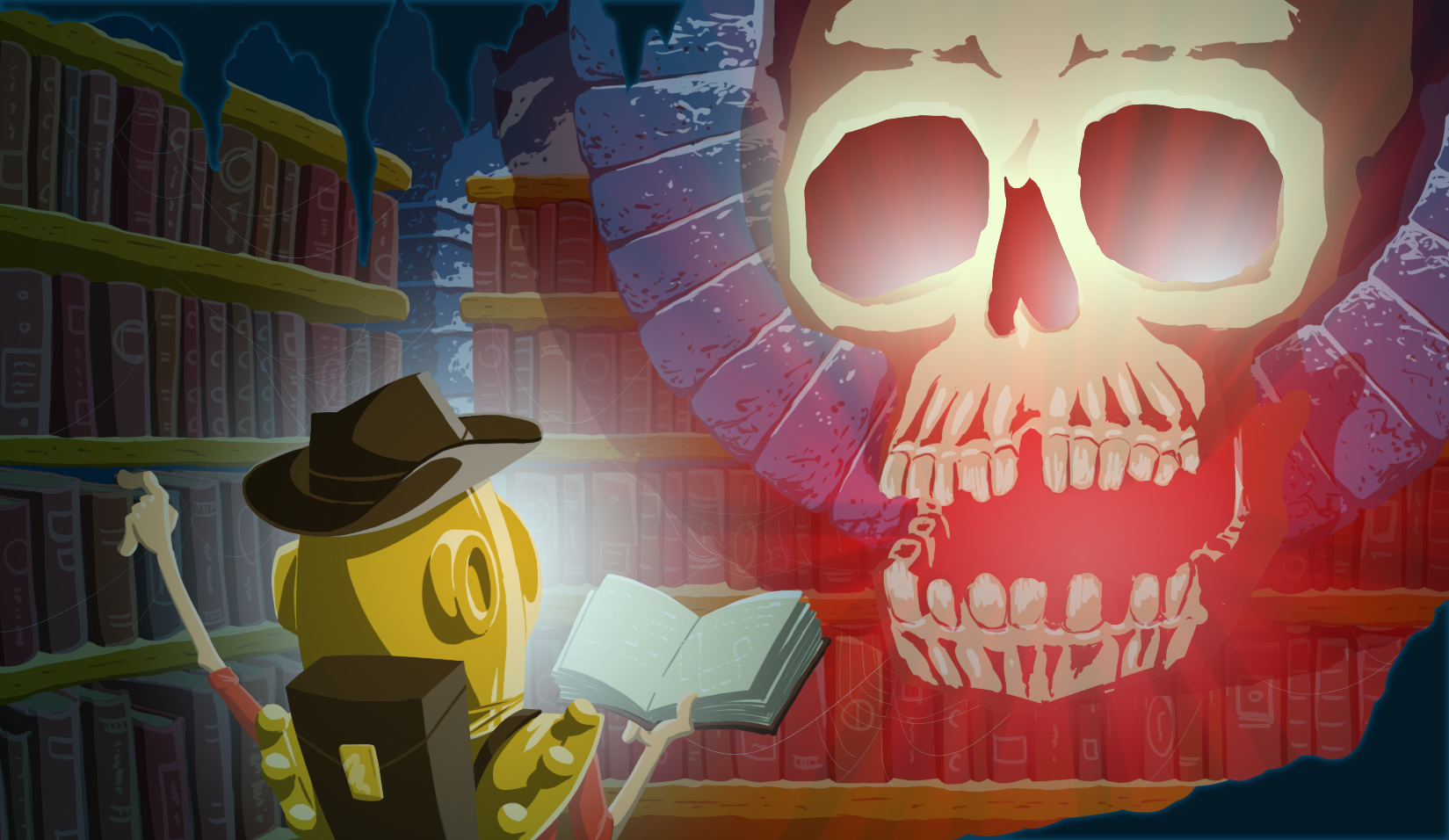 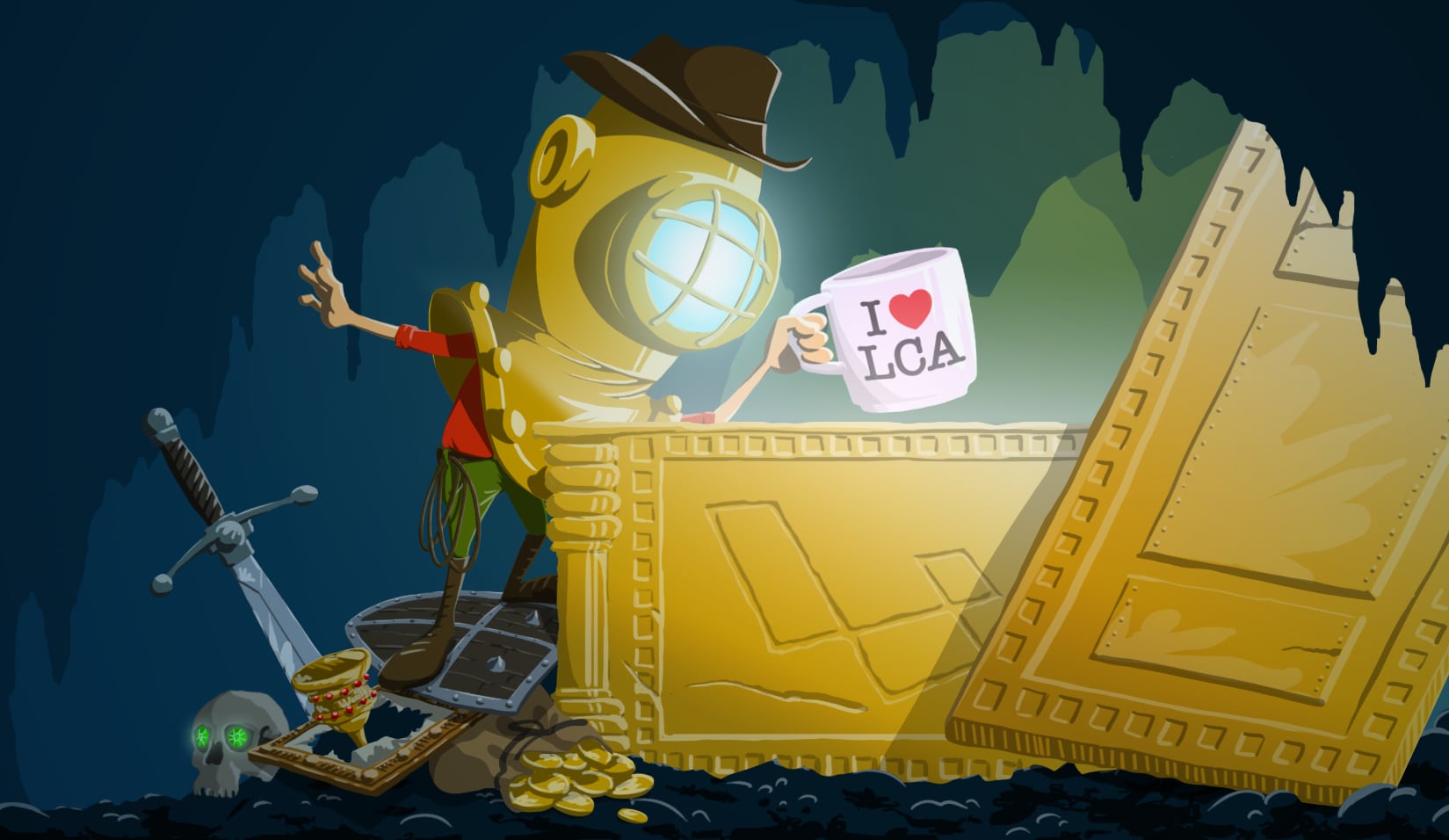 When we switched from the free course to provide a PRO plan, we agreed on a 20% share from the course's income. This decision was hard right from the beginning. The work they put into these fantastic illustration is almost priceless. Normally, you would pay thousands of dollars for each of the illustrations. Thank you so much guys 😘.

Still, 20% is a lot to give away from me too. I need every dollar since I also put so much time into this course. Since I want to live from my products someday, I might do it differently with the next product. I need all the money I can get to justify the time I spend on such products. I love the illustrations and working with my friends, but I'm not sure how the design affected sales. We will never know. It is a tough decision, though. Overall, it was great working with them on the project together.

Now, after one year of Laravel Code Adventures, I sit here with mixed feelings. The launch of the product was excellent, and I learned a ton myself while producing those videos. Also, the numbers look good for the first year, and I did much better than my last product. I feel like sales should be better, and I'm afraid numbers will drop even more soon.

In the end, I managed to plan, release, and sell another product, and I'm a few steps closer to my goal to live from my products. The numbers show it is still a long way to go, but I keep going. Thank you to everyone who helped me on the road, believed in my content, and those to come. I will keep sharing my own little adventure with you.